MMAN, Jordan – Jordan’s tourism revenues fell by 15 percent in the first quarter of the year as visitors stayed away with conflicts raging in neighbouring Iraq and Syria, the tourism minister said Monday.

“Some believe that Jordan is part of the problem underway in the region,” said Tourism Minister Nayef al-Fayez, insisting that was a mistaken perception.

“We are not part of the problem and we are not the cause. We should not be paying the price,” he said.

Nayef announced the launch of an advertising campaign to woo visitors to tourist attractions in Jordan, including the ancient city of Petra – a UNESCO World Heritage site – and the Dead Sea.

In the first quarter of 2015, Jordan earned $1.2 billion (1.07 billion euros) from tourism revenues. For all of 2014 the industry brought in $4.4 billion in revenues, with the country welcoming 5.5 million visitors, Nayef said.

Tourism contributes 14 percent to Jordan’s gross domestic product and is, with remittances from Jordanians working abroad, among the top sources of hard currency earnings in the kingdom of 6.5 million people. 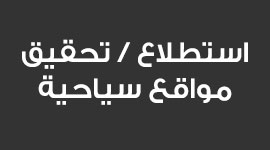